Cotton Court Business Centre based Invoke Media have launched a recruitment campaign to find new marketing assistants after a series of major client wins that has seen them approach their workload capacity.

The agency moved from Manchester in June of 2018, and has gone from strength to strength in a booming Central Lancashire economy. 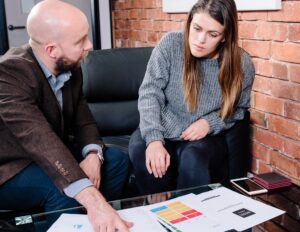 “It’s been an absolutely amazing 18 months for Invoke Media, and the last 12 months specifically have been a game-changer. The outdated negative view of Preston as a ‘grim northern town’ that simply feeds commuters to major hubs like Manchester is gone.

We’re a vibrant city with our own thriving economy that is growing by the day. We’ve got massive amounts of investment going into the city, we’ve recently ranked 60 in the UK for digital influence and we’re seeing more and more businesses start up and succeed.

Bringing Invoke to Preston was a bold move, but by far the best move we’ve made in our 6 years of trading. We’ve quadrupled our turnover and we’re playing our part in the development of an upcoming city.”

Preston brand and local success story GetStaffed UK to name but a few.

Successful candidates will be provided with a structured training package and gradual workload, regardless of experience. They can expect to work on campaigns for local clients as well as national names in numerous industries.

The business has a real focus on the hospitality, recruitment and personal finance industries however. Carving a very defined path of success with innovative techniques such as messenger marketing and automated lead generation through paid social ads.

“This is a great opportunity for someone to come into the business at our time of growth. Learn the techniques that are making us stand out to national clients and help define the future of Invoke Media. We’re recruiting someone who very much integral to our growth, and hopefully, that will excite them as much as it does us.”